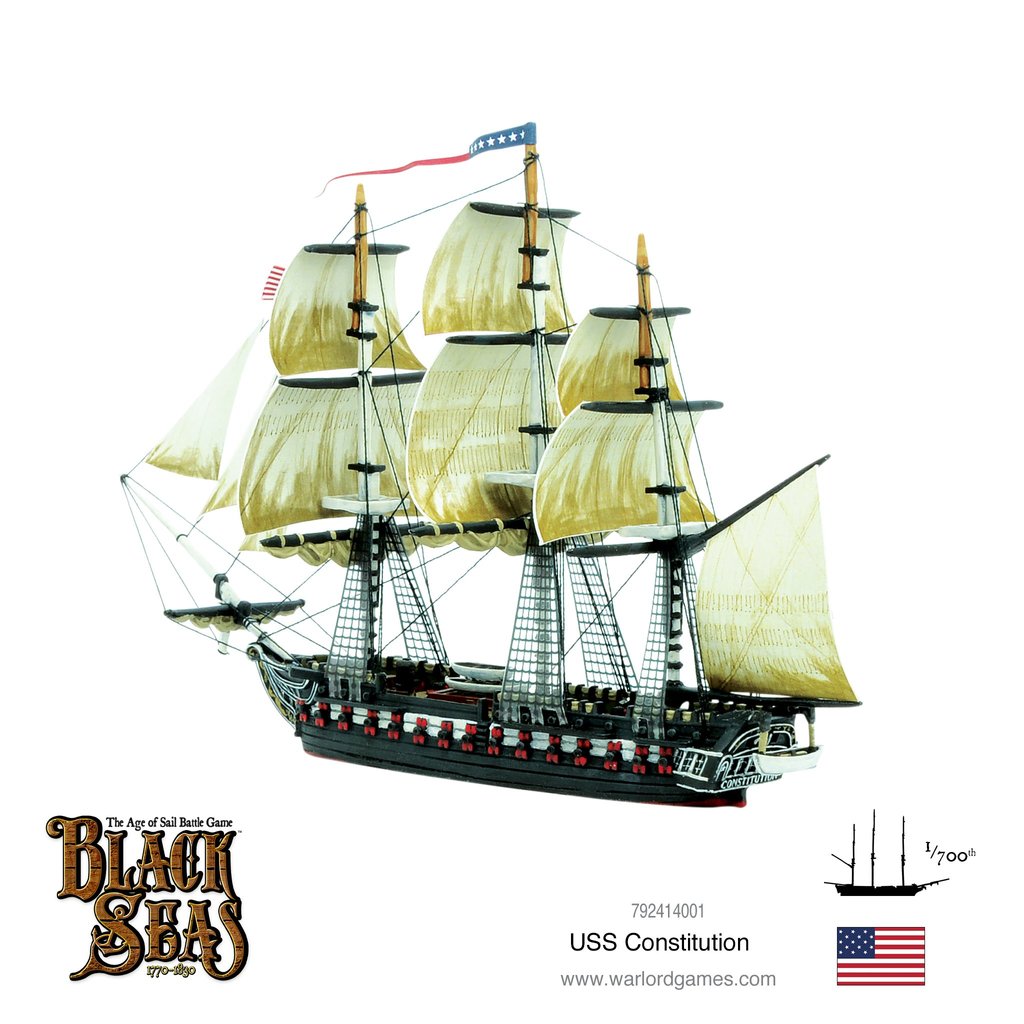 Black Seas is the most recent Warlord Games release, a miniatures wargame with 1/700 scale ships, offering both generic and renowned ships that sailed between 1,770 and 1,830.

The Age of sailing has a touch of romanticism that somehow catches our attention, it is not surprising that this whole pirate theme is something that prevails in popular culture.

Black Seas is based on the game engine introduced by Cruel Seas, his older sibling, dedicated to World War II coastal naval warfare, but with some modifications to reflect the technology level at the moment and the difficulty of relying on wind to navigate and engage in battle. Later we will make a complete review of the game.

At the moment we are going to focus on the options that we have at the time of assembling our boats, especially I will focus on the Ratlines, which not only adorn the ships but also served to climb up to the sails or the Crow’s nest.

For this I will take examples that we can find in the Facebook group Warlord Games: Black Seas & Black Powder .

The first option is, of course, the one that comes in the box with these cute little boats, some printed acetate sheets from which you must cut and paste the corresponding ratlines in each ship, they will not look very elegant but if your interest is mainly to play and you want your vessels to just look complete and decently well this might be your best option.

If you do not like the look of the printed ratlines in acetate sheets, you will surely want to make them on your own, you could help yourself and maintain sanity by creating a tool to help you performing this difficult task.

In the aforementioned Facebook group we can find some creative and interesting solutions by the Black Seas Community, they consist of making a kind of loom to help them make the ratlines, whcich then glue with a little ammount of cyanoacrylate , trimming and glueing.

We have Teemu-Petteri Remes and his “thing to do things”
as he baptized his idea, as the first example. It looks nice but a little complicated I also think there’s so much thread waste.

Finally, a more technological solution proposed by Zrudi Hein , involving a 3D printer to make the loom, something that has already been implemented by some members, apparently with good results.

But what if we use the power and versatility of 3D printers to make beautiful plastic ratlines?

3D printers are powerful tools that allow us to get things that once seemed very difficult or even impossible, with one of these machines you can make as many plastic or resin ratlines as you want.

There are several advantages in this system, 3D printing the ratlines can save you work and they end up looking just as you wanted them to do. But among the disadvantages is that you might have to design, scale and/or configure everything perfectly so that they go as you wish.

As an example, I will put two cases, the first one is by Paul Pazienzo who is experimenting with different printer configurations. “GO AHEAD PAL! and we want to see your final ratlines”

The second case turned out perfect but it was professionally made by Julien Morend with commercial interest.

An additional option, I thank the user Julián Fernández DS for the suggestion, it is also the photo etched brass, I had not initially included it because in the Facebook group I had not seen people talk much about it.

In this image taken from Navy Models and Books, we can see there are photo etched brass ratlines the scale required by Black Seas, 1/700. You can also see a photograph published by fellow Ray Gillies-Jones in response to a conversation showing how some brass etched ratlines of this material looks like in his Black Seas ships.

Until now, I have not decided yet what I will do with my ratlines, I will just continue to wait anxiously my starter set. What about you?