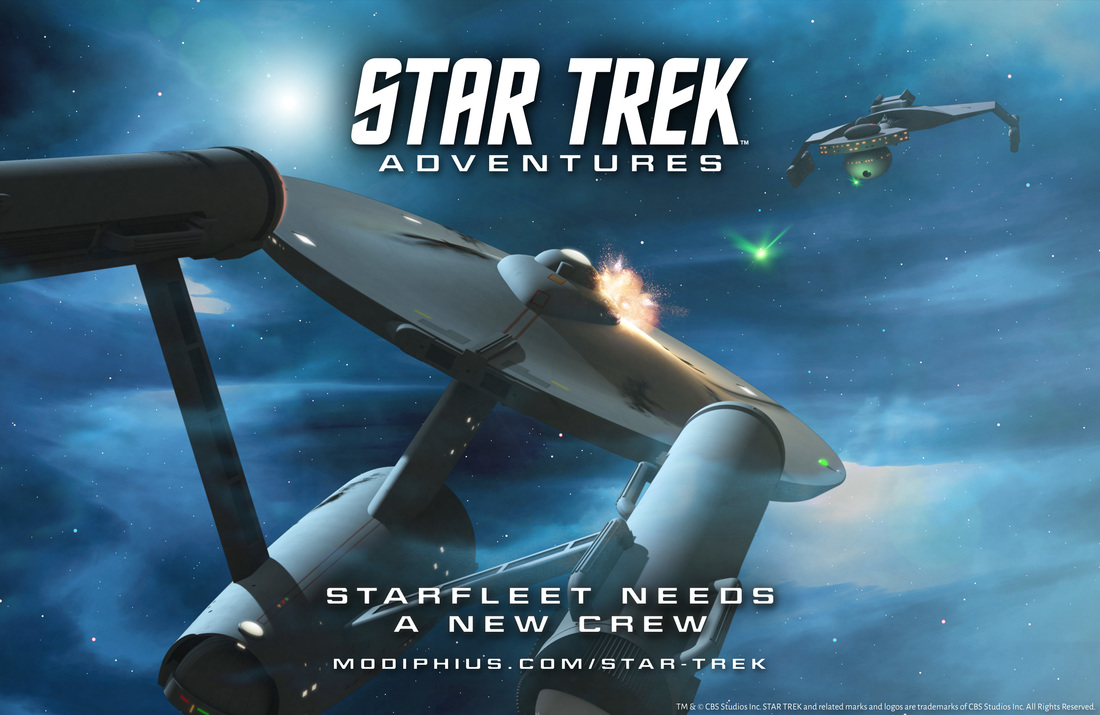 Review of the role-playing game Star Trek Adventures, the Star Trek themed RPG published by Modiphius under its 2d20 system, we talked about its look, setting and content.

In this article we will be analyzing some aspects of the role-playing game Star Trek Adventures, by Modiphius Entertaiment, a relatively recent company that has been in charge of different important licenses.

In a time when role-playing manuals are becoming increasingly attractive, entertainment companies are striving to raise the bar on the standards of presentation of these wonderful books. Likewise, the game systems are becoming increasingly imaginative and diverse, although some games end up being the “reinvention of the wheel” and do not bring anything new or, more importantly, something fun to the table of the fans of pen and paper RPGs, but this is not the case of this game.

The rulebook of Star Trek Adventures is one of the most beautiful rulebooks I have seen, comparable with titles of high importance to RPG players like Shadowrun 5e, which is, aesthetically, my favorite RPG. The rulebook is hardcover, with an original illustration, more or less in three dimensions. The finishing of the paste is smooth satin, of high quality and elegance.

When we open the rulebook, a detailed map of the Alpha Quadrant awaits us, which will delight even the most veteran trekker. The colors are vibrant and eye-catching, with high contrast and very appropriate for the Trek universe.

The pages of the book are made of high quality glossy paper. It is printed in bright black, while the letters are white, creating contrast and ease of reading.

The titles are in lilac or orange color, within the color palette of the interfaces of the Star Trek universe, specifically the series set in the 24th century, such as Next Generation or Deep Space Nine. Even, the design and distribution emulate the consoles of the Starfleet, with the intention of immersing the reader in the environment even long before being at the table playing.

The first chapters have very interesting illustrations that manage to maintain reader’s interest. Graphics with detailed sections of spacecraft and space stations adorn the Star Trek Adventures manual. The logos and badges of the Federation, Klingons and Romulans stand out, which are accompanied by their appropriate statement that allow us get into context to what is shown in images.

Also of particular interest is the detail of Starfleet ranks, which describe the badges used in the 23rd century, where the original series is set, as well as the ranks in the 24th century, where the rulebook places the reader, who is referred to as a true captain of the Federation from the start.

About the content of the book, the first chapter is a typical introduction to Star Trek Adventures, where the authors explains what is a role-playing game, the role played by the players, the game master and how the characters fit in the universe, as well as the general description of the materials and preparation necessary to carry out your first session at the table.

In the second chapter, the situation of space known for the 24th century of the Star Trek universe is addressed. Here get a summary of some of the most important events for this period, placing us in parallel with the discovery of the wormhole during the events of Star Trek Deep Space Nine.

In addition, special mention is made of the Cardassians and the rebel faction of the Maquis, among other races and relevant groups within the series, including the Borg and the Terran Empire of the Mirror Universe.

The intention in this section of the manual is to remind the reader of the most important aspects of Star Trek, as well as to generate interest in exploring the relevant topics that we may have omitted after decades of series, which also represent our main source of inspiration for taking adventures to the game table.

Then, we are presented with a summarized history of the United Federation of Planets, where through journal entries and logbook we are guided through the Star Trek universe, narrating some important events, including the launch of the Enterprise NX-01, the peace treaty with the Romulans and a brief explanation behind the Neutral Zone. 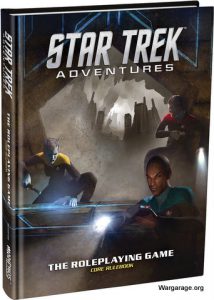 Even though Star Trek Adventures is located in the 24th century, some players will prefer the 23rd century environment, where the original series takes place. Fortunately, the rulebook has a lot of information from that period, detailing the technology, political situation, as well as the way of acting and the role of the Federation in this particular moment of the Trek universe. We can also see the rank insignia used by the emblematic ships of the 23rd century, such as the USS Constellation, Exeter, Defiant and Enterprise.

In Chapter 3, the purpose of Starfleet is explained and its organization is detailed, including ranks and hierarchies. Then the Prime Directive is explained, a fundamental rule to avoid that the personnel of the Fleet interfere with the natural development of primitive cultures and prohibits to provide knowledge and technology to less advanced civilizations.

This is essential for situations where the characters will be forced to face moral decisions, a fundamental element for Star Trek, which since its inception presents situations where the Prime Directive can be interpreted with flexibility. Will our characters leave a complete race extinct as a result of a natural disaster while firmly maintaining the Prime Directive? These questions may generate interesting adventures at the table and players will decide and question the principles of each of their characters.

Modiphius Entertaiment did a good summarizing the Star Trek canon, even detailing the Starfleet Academy, section full of details about the process and test the aspirants have to overcome to become officers.

Although the first three chapters are dense in terms of the detail of the fiction, the reading is not tedious and it really motivates the reader to remember and watch key episodes of the series, something almost necessary to narrate Star Trek Adventures, which franchise has the most demanding followers and fanatics within the geek community.

The rules of the system deserve to be detailed in a second article. Modiphius created a leviathan within the modern role-playing games rulebooks, especially because Star Trek is a complex and extensive universe. However, it presents the fiction in an enveloping, didactic and fun way, creating a good entry for the role-playing gamers who want to know this famous sci-fi franchise, as well as for the trekkers who want to play role at the table. When talking about the level, Star Trek Adventures presents beautiful pieces of original artwork to accompany the extensive texts and, up to this point, it is a book that is worth acquiring.