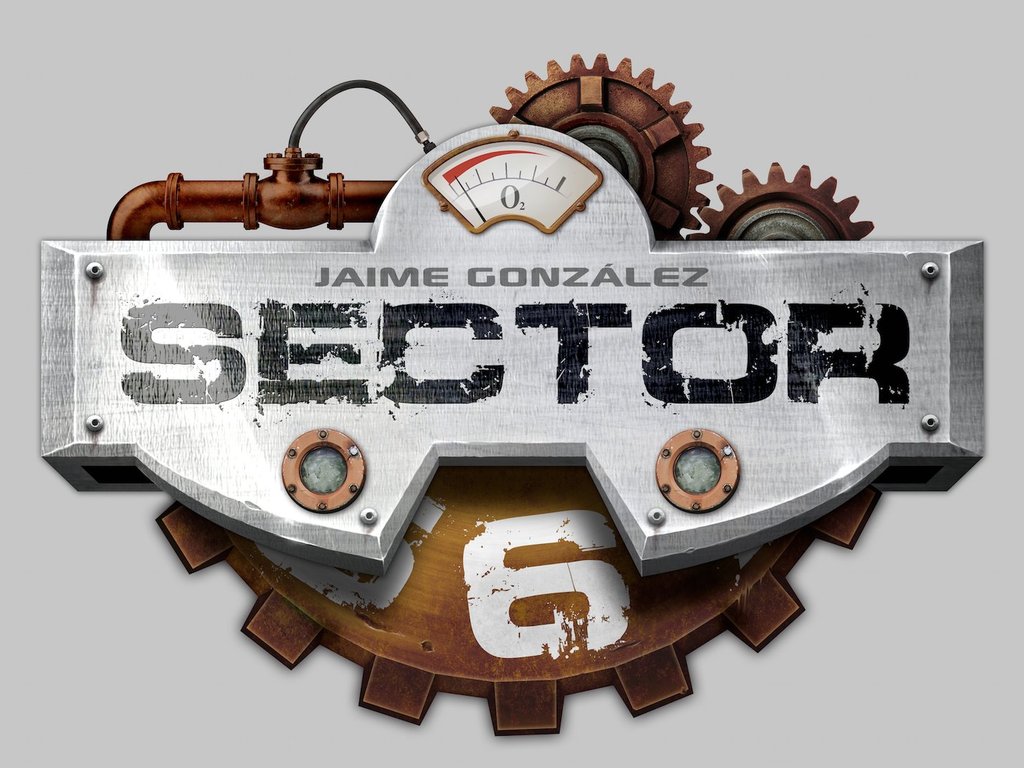 Sector 6 is a game from Dracoideas publisher succesfully funded through Kickstarter, it’s a board game with tile placement, direct confrontation, movement, puzzle and resource management. Do you want to know what is this all about or how does all of this fit? Just keep reading.

Obliti is the roughest prison in the universe, rights are non-existent, everything must be earned, even at the expense of others. Each cycle the sadistic guards of the jail open access to the so-called Sector 6 of the prison to couples of unfortunate prisoners who will work as a team to get enough oxygen points and survive at least until the next cycle.

This section of the prison is an immense network of ever changing corridors with oxygen distributors, which you must use to fill your tank if you want to survive until the next cycle. Life is hard and has very little value in this place.

Sector 6 is both a place and a protagonist in this story of survival, where the participants are involved in a bloodsport. A theme that we have seen in other games such as Death Show TV.

when it comes to categories Sector 6 enter in what we know as an abstract game, since we could change oxygen points by magic berries or by fuel, in high fantasy and modern day settings respectively, and that would not change the mechanics of the game not a simple bit.

This game could be played from one to six players, with an estimated game time of about 30 minutes. Something I liked so much is that the rulebook begins with the simplest mode of play then move forward in complexity and adding some interesting variants, including solitaire and the possibility of teams as well as rules to play a campaign.

The rulebooks are clear in terms of recommending that the first few games you should play using the pre-established labyrinths and simply accumulating points as you move through the corridors, at least while learning.

Then, as the expertise in the game increases, players will be able to make their own labyrinths and will have to spend part of oxygen points when moving.

Sector 6 is a game with a comfortable learning curve that requires a lot of strategy from the beginning.

The game contains very good quality materials, the cardboard is thick, punching the tokens and tiles was easy and fast, the miniatures are not the best we have seen but I think they are nice and appropriate to the game.

On the other hand it brings three books printed in full-color on good quality glossy paper, and a very important feature, rulebooks come in five languages, english, spanish, french, german and italian. The base game contains:

Something not mentioned before but is remarkable is the insert in the box that is quite useful and perfectly made to fit all the pieces from the basic game and those from Kickstarter extras.

MECHANICS OF THE GAME

Mechanically Sector 6 varies slightly according to the variant used, but in general it is as follows.

A labyrinth is created, this can be one of those that are already preset in the visual guide or using rules for tile placement, oxygen chips are placed according to the color of each tile with values between one and four points, then the players take turns to choose where to position their entry point(s) so that they touch at least two tiles and right after that their two prisoners.

Then, the players will alternate moving one of their prisoners, when you leave your entry point there is not much to do, but once you leave another tile you must decide if you’re going to perform an action in the space you just left, these actions can be taking his oxygen points token, rotating the tile one face in the direction you want or doing nothing.

When choosing to rotate the tile, if the gears of the tile are in contact with the gears of other tiles, every tile connected must rotate too but in the opposite direction, this is very useful to know how it works and master it perfectly to open or block areas with oxygen points or even lock the opponent.

The game ends when a miniature is positioned on top of the last available oxygen point token, the winner is the player with the most oxygen points at the end.

Finally, we could summary Sector 6 in the following features:

It offers a different situation in each game, the configuration of the board has practically infinite amount of possibilities.

The luck factor in the game is nonexistent.

The learning curve and the number of variants allows Sector 6 to reach a large number of audiences, from children to adults, from gamers to casual, everyone getting a lot of fun. In fact we played it with casual players and even a 9-year-old boy, who got the rules instantly and played without problems.

It is a game that requires a lot of strategic planning and decision-making, you must constantly ask yourself, if it is better to take that oxygen sheet or if it is preferable to move the tile to block the opponent, if you go first through that intricate path to reach a four points token or if it is preferable to take other less valuable but easier to reach ones, and even you often try to guess the next movements of your opponents to make the best decisions. So it is also suitable for competitive and experienced players.

The components are of very good quality.

Finally, Sector 6 is a highly recommended game if you like mental challenges, competition and strategy.

I would not recommend Sector 6 to people who do not like abstract games, who require a strong immersion component or who have spatial vision difficulties.